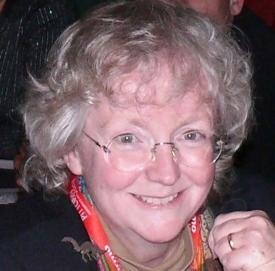 Magnetic fields do not affect chemical systems through thermodynamic and equilibrium processes, but through mass transport and kinetics. Magnetic fields open new reaction pathways to alter rates and product distributions. Our studies of magnetic field effects on chemical kinetics run from the fundamentals of theory and modeling through experimental demonstration and evaluation of effects in composite materials to implementation in technologies such as fuel cells and batteries.

Fundamentals: Magnetic effects on kinetics arise through spin polarization. For reactions between two radicals (species with unpaired electrons), magnetic fields can couple electron spins to facilitate electron transfer rates as much as nine-fold in typical laboratory fields (~10 T); this occurs through electron spin polarization. For reactions between a radical and singlet (species with no unpaired electrons), magnetic effects arise through electron nuclear spin polarization. The field couples the radical electron spin and the singlet nuclear spin. While magnetic effects on reactions between radicals have been known for ~30 years, we have only recently demonstrated effects on radical singlet . In a low field (0.2 T), cross exchange rates can be enhanced ~103.

Composite Materials: Our earlier work focused on the relationship between microstructure and properties in composite materials. Composites are formed of an ion exchange polymer, such as Nafion, and a second, inert microstructured component. For magnetic systems, the second component is magnetic microparticles. Electrochemical methods are used to measure electron transfer rates of redox species in the composites and to demonstrate current enhancements approaching 3000%. Studies of composites provide design paradigms for tailoring better composite materials and membrane separators. With magnetic composites, models of magnetic effects are tested and better fuel cells are designed.

Fuel Cells: Fuel cells provide power through electrochemical oxidation of a fuel. As electrical devices, fuel cells are not restricted by Carnot limitations and can in theory be 100% efficient. Because of their efficiency, refueling (not recharging), and environmental advantages, fuel cells are attractive power sources for devices ranging from cars to laptops. Proton exchange membrane (PEM) fuel cells consist of two electrodes separated by an ion exchange polymer; a fuel is provided to the anode and oxygen or air is the oxidant at the cathode. For hydrogen fuel, there are three difficulties: hydrogen poses safety hazards; proton-bound water traverses the membrane to flood the cathode and dry the anode; and oxygen reduction kinetics are poor. For organic or reformate fuel, more severe liabilities arise through passivation of the noble metal catalysts by species such as carbon monoxide.

As oxygen is paramagnetic and magnetic composites are an appropriate environment in which to enhance kinetics, magnetic modification is used to improve fuel cell performance. Power is enhanced several fold. The development of cells with improved carbon monoxide tolerance remain areas of interest.

Recent Publications:
Back to top »