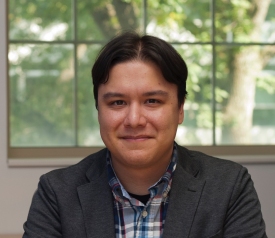 During my time at MIT, I was inspired by the use of computers in chemistry. There, I was involved in using quantum dots to make solar cells more efficient, understanding solvent effects in bio-ortogonal catalysis, and spin-confined charges on graphite electrodes mimic quinones in performing oxygen-splitting. I saw first hand on a day-to-day level how computers can design and transform new tecnologies to solve the world's problems and those experiences inform how I run my group.

Metal surfaces are ubiquitous in catalysts – from proton exchange membrane fuel cells to catalytic converters in car exhausts – and we rely on their ability to lower activation energy barriers for kinetically demanding transformations. To undertake catalysis, bonds between the metal surface and adsorbed molecules are made and broken. To design better catalysts, we need to understand where the electrons reside and how they behave during these reactions, i.e. their electronic structure.

Despite the developments of modern computational chemistry, it remains extremely challenging to characterize these reactions in terms of their elementary steps, reaction intermediates, and kinetic barrier heights. This is because, during the process of bond breaking and formation, the electrons from the molecule are stabilized by delocalization into the solid state electronic structure causing entanglement and electron correlation between the two sub-systems.

We are developing new electronic structure theory and using big data to understand how single-molecule properties at an interface influence heterogeneous catalysis and nanotechnology.

Questions that provide the basis for graduate projects include: How can we better undertake rational computational design of electrodes for fuel cells? How can we explain the quantum mechanical action of exotic 'hot electrons' thought to speed up chemical reactions? What can we accurately compute about surface defects from first principles?

We will combine band theory and molecular orbital models for materials, hoping to understand how changes in molecular identity and environment is related to catalytic action. Our research philosophy will be to develop effective electronic structure methods by writing robust software and performing careful calculations whose outcomes can be compared to experimental measurements. To help us do this, we have active collaborations with the Daly (inorganic chemistry) and Williams (organic chemistry) groups.