Please note: Professor Quinn is no longer accepting students into his group. 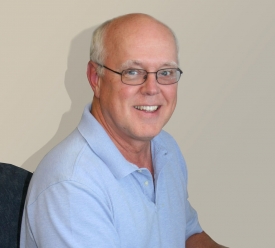 It has long been appreciated that enzymes accelerate otherwise slow reactions by specific stabilization of the transition state. How this is achieved is still largely a matter of conjecture. My research group studies the catalytic mechanisms of three classes of biomedically relevant enzymes: cholinesterases, cholesterol esterases and b-lactamases. The overall aim of this research is to illuminate the intermolecular interactions that these enzyme utilize to effect molecular recognition of their substrates and concomitant transition state stabilization. A range of approaches is used to effect this aim, including measurement of structure-activity effects (e.g., kinetic isotope effects, free-energy relationships, site-specific mutagenesis), molecular modeling, and computational chemistry.

The physiological function of acetylcholinesterase (AChE) is the hydrolytic destruction of the neurotransmitter acetylcholine in the central and peripheral nervous systems, a task that the enzyme effects with very high efficiency. At low acetylcholine concentration, the reaction is rate-limited by the diffusional encounter of enzyme and substrate, while at high acetylcholine concentration, each AChE active site hydrolyzes 10,000 molecules of substrate per second! The surrogate chromogenic substrate acetylthiocholine is hydrolyzed by AChE as readily as acetylcholine, which provides a convenient analytical handle for characterizing catalysis. We are studying the diffusional encounter step by measuring ionic strength effects on rate constants for acetylthiocholine turnover and for binding and release of the tightly bound transition state analog inhibitor m-N,N,N-trimethylammonio-trifluoroacetophenone. At zero ionic strength, these rate constants are faster than the traditional speed limit of biological catalysis, which indicates that AChE uses an electrical field to accelerate binding of ligands to the active site. The effect of the electrical field is being further characterized by computing the lowest free energy pathway for cationic ligand diffusion through the active site gorge of the enzyme. The chemical steps that follow substrate binding to the active site are being characterized by measuring substrate and solvent isotope effects and by site-specific mutagenesis of active site residues. These experiments indicate that the enzyme stabilizes a quasi-tetrahedral transition state by a combination of proton transfer catalysis and electrostatic effects. Our investigations of AChE catalysis have been greatly informed by the availability of X-ray crystal structures for the free enzyme and for enzyme-ligand complexes (see Harel et al. in the accompanying references).

Cholesterol esterase (CEase) is a lipolytic enzyme that is involved in the digestion of dietary fats in the intestines and their subsequent absorption into the bloodstream. The physiological substrates of CEase are lipid esters, which include triacylglycerols and cholesteryl esters. This enzyme is thought to play a role in regulating the levels of low-density lipoproteins, the primary vehicles for carrying cholesterol through the circulatory system for delivery to peripheral tissues. We are investigating the ways in which CEase interacts with lipid ester substrates and with synthetic inhibitors. Because there is no X-ray structure for the enzyme, models for rat and human CEases have been constructed by homology modeling (see Feaster et al. in the accompanying references). These structural models aid interpretation of the effects of substrate and inhibitor structure on interaction with CEase. This combination of structure-activity experiments, inhibitor synthesis and computer modeling should promote the design of a CEase inhibitor that lowers serum cholesterol levels, and therefore is therapeutically useful in the treatment of heart disease.

Recent Publications:
Back to top »