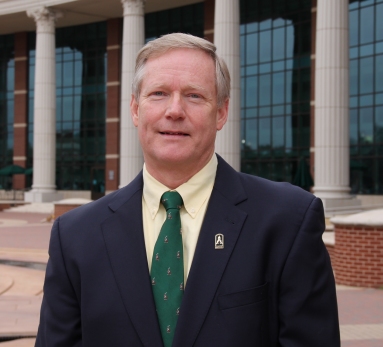 John L. Wood was born on December 4, 1961 in Keokuk, Iowa.  He received a B.A. degree from the University of Colorado in 1985 and a Ph.D. from the University of Pennsylvania in 1991 under the direction of Amos B. Smith, III.  In 1991 he moved to Harvard University as an American Cancer Society postdoctoral fellow and continued studying natural products synthesis in the laboratories of Stuart Schreiber.  He joined the faculty at Yale University in 1993 as an Assistant Professor and was promoted to Full Professor in 1998.  In 2006, Professor Wood joined the faculty at Colorado State University as the Albert I. Meyers Professor of Chemistry and in 2013 moved to Baylor University as the Robert A. Welch Distinguished Professor of Chemistry and Cancer Prevention Research Institute of Texas Scholar.

The major focus of Professor Wood’s research is synthetic organic chemistry.  Of primary emphasis is the design of innovative solutions to problems in natural product synthesis.  In choosing targets for synthesis, Wood gives equal emphasis to structural complexity and biological activity.  Giving complexity a high priority and pursuing targets with no obvious solution for synthesis ensures innovation in the synthetic design.  Preparing targets of biological interests adds value to the research by providing access to compounds of potential utility to investigations outside the traditional realm of chemistry.  Within this general research paradigm, projects are initially designed to address fundamental questions in chemistry.  As the chemistry matures, the role it can play in producing biologically interesting molecular systems is evaluated.