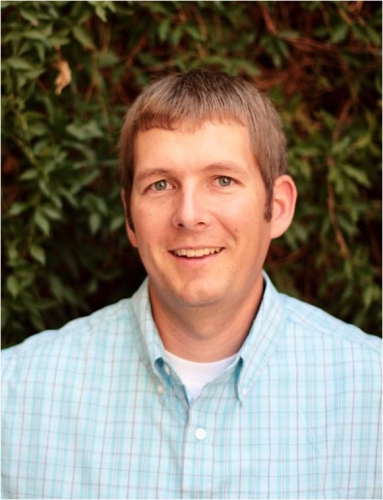 The College of Liberal Arts and Sciences has named Professor Scott Shaw as a Dean’s Scholar. Dean’s Scholar awards recognize faculty for excellence as evidenced in their promotion record at the time of their candidacy for tenure.

Dean's Scholar Scott K. Shaw earned his PhD in 2008 from the University of Illinois at Urbana-Champaign. He later held two Marie Curie research positions in the United Kingdom, and was awarded a National Science Foundation postdoctoral fellowship, which he spent at the University of Arizona. He joined the Department of Chemistry faculty at Iowa in 2012. In addition to teaching analytical chemistry courses, Shaw leads a research group that includes ten graduate students and four undergraduate students, investigating the structures and functions of chemical interfaces and thin films using spectroscopy, (probe) microscopy, electrochemistry, and many other analytical techniques. Major current projects include measuring the structure and properties of ionic liquid interfaces, developing chemical systems for CO2 recycling, and linking the architectures of environmental interfaces to roles in mediating fate and transport of persistent organic pollutants. These projects are currently supported by the National Science Foundation, American Chemical Society, Research Corporation for Science Advancement, and the Department of Defense. Shaw also leads the Rural Scholar’s program at Iowa, which introduces several first-year students to STEM research each year by guiding them in genuine laboratory investigations of their own design. He received the Cottrell Scholar Award from Research Corporation for Science Advancement in 2016, and a National Science Foundation CAREER award in 2017.