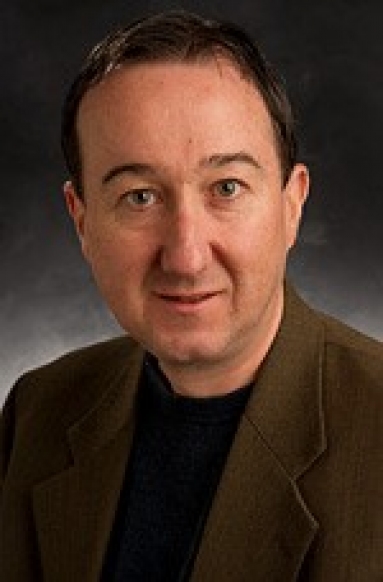 The University of Iowa College of Liberal Arts and Sciences has Professor Len MacGillivray as a Collegiate Fellow, the college’s highest faculty honor, in recognition of his distinguished teaching, research, and service.

Len MacGillivray, who joined the UI faculty in 2000, is professor of Chemistry and holds a secondary appointment in the College of Pharmacy. He is a first-generation college student who earned his PhD from the University of Missouri-Columbia. His current research involves designing organic solid-state materials for applications in organic synthesis, materials science, and pharmaceutics. MacGillivray’s work has been supported by the National Science Foundation and industry. He is a Fellow of the Royal Society of Chemistry, the American Association for the Advancement of Science, and the American Chemical Society (ACS), and serves as the local coordinator of the ACS's U.S. National Chemistry Olympiad. He has published more than 200 manuscripts; conducted peer reviews of hundreds of journal manuscripts, grants, and contracts; holds six U.S. patents; and is a co-editor of the International Union of Crystallography Journal. He also has been awarded the 2019 Outstanding Faculty Mentor Award from the UI Graduate College.