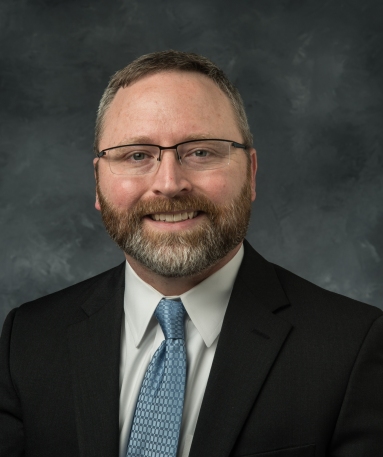 Scott was born in Joliet, IL and grew up in a small community north of Ocala, FL. After graduating high school, he enlisted in the United States Army as an M1 tank crewman at the age of 17 and was honorably discharged after three years of active duty service in the 1st Cavalry Division in Ft. Hood, TX. He then moved to the Chicago suburbs and went on to receive his B.S. degree in chemistry from North Central College in Naperville, IL. During his time at North Central, Scott performed research with Dr. E. Philip Horwitz at Eichrom Technologies LLC to improve the chromatographic extraction of actinides from soil and water. In 2006, he entered the PhD chemistry program at the University of Illinois at Urbana-Champaign and performed research under the guidance of Professor Gregory S. Girolami. Scott’s research focused on the synthesis and characterization of new chelating borohydride ligands and their use in the preparation of volatile transition metal, lanthanide, and actinide complexes for chemical vapor deposition applications. After receiving his PhD in spring 2010, he began working as a Seaborg Postdoctoral Fellow with Drs. Stosh A. Kozimor and David L. Clark at Los Alamos National Lab in Los Alamos, NM. His research there focused on sulfur K-edge X-ray absorption spectroscopy (XAS) studies to understand structure-function correlations in dithiophosphinates used for minor actinide extraction processes. In 2012, Scott accepted a faculty position George Washington University in Washington, DC. In 2014, he moved his research group to the University of Iowa where he is currently an Assistant Professor of Chemistry.

The Daly Group is currently funded by the National Science Foundation to investigate metal complexes containing reactive ligands and by the Department of Energy to develop solvent-free separation methods for metals found in nuclear waste.