The Grassian group is involved in several research areas including surface chemistry of environmental interfaces, heterogeneous atmospheric chemistry, climate impact of atmospheric aerosols, and environmental and health aspects of nanoscience and nanotechnology. 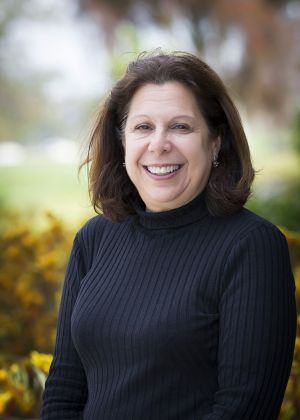 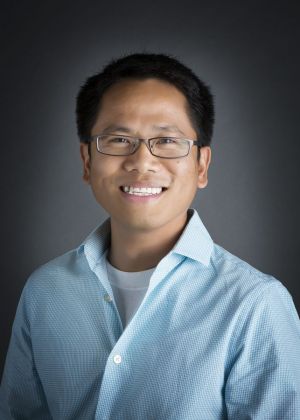 Dr. Armando Estillore joined the Grassian group in August 2014 as part of the CAICE project. He received  his Ph.D. from Wayne State University with Arthur Suits and then was a postdoc at UC Berkeley with Kristie Boering as a prestigious Camille and Henry Dreyfus Postdoc Fellow in Environmental Chemistry prior to coming to the University of Iowa. 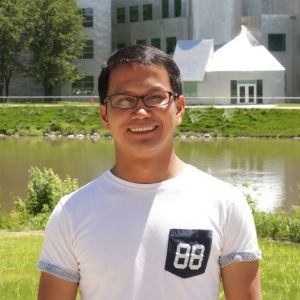 Mingjin joined  the Grassian group in February 2015. His current projects includes 1) chemistry and optical properties of brown carbon, and 2) atmospheric chemistry of mineral dust particles. Before that Mingjin was a postdoc fellow in University of Cambridge, UK. He received his PhD from Max Planck Institute for Chemistry (Germany) in December 2011. His research interest includes chemistry and microphysics of aerosol and cloud particles. 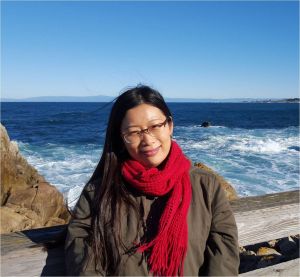 Yaping Zhang joined Grassian group as the postdoctoral fellow in 2016 after she graduated from Washington university in St. Louis, where she received her Ph.D. in Energy, Environmental and Chemical engineering. Now she is interested in how anthropogenic pollution interacts with Earth natural aerosols 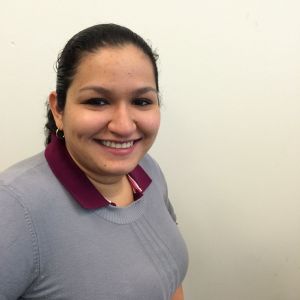 Dr. Natalia Gonzalez-Pech joined the Grassian group in May 2016. She is originally from Mexico and received her B.S. in Chemistry from Monterrey Tech (ITESM). In 2016, Natalia completed her Ph.D. in Chemistry under the advise of Prof. Vicki Colvin, in Rice University. Her doctoral research focused on nanomaterials synthesis and characterization, and their applications in water processes. Currently, her research focuses in the  understanding of nano-bio interactions during translocation of inhaled nanoparticles. 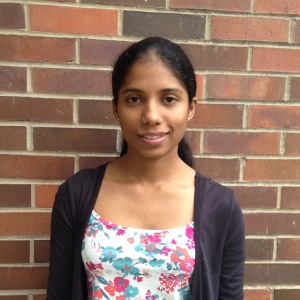 Aruni joined the Grassian group in 2010 after graduating from the University of Sri Jayewardenepura, Sri Lanka. She is investigating chemical and photochemical reactions of trace atmospheric gases on the surface of mineral dust aerosol. 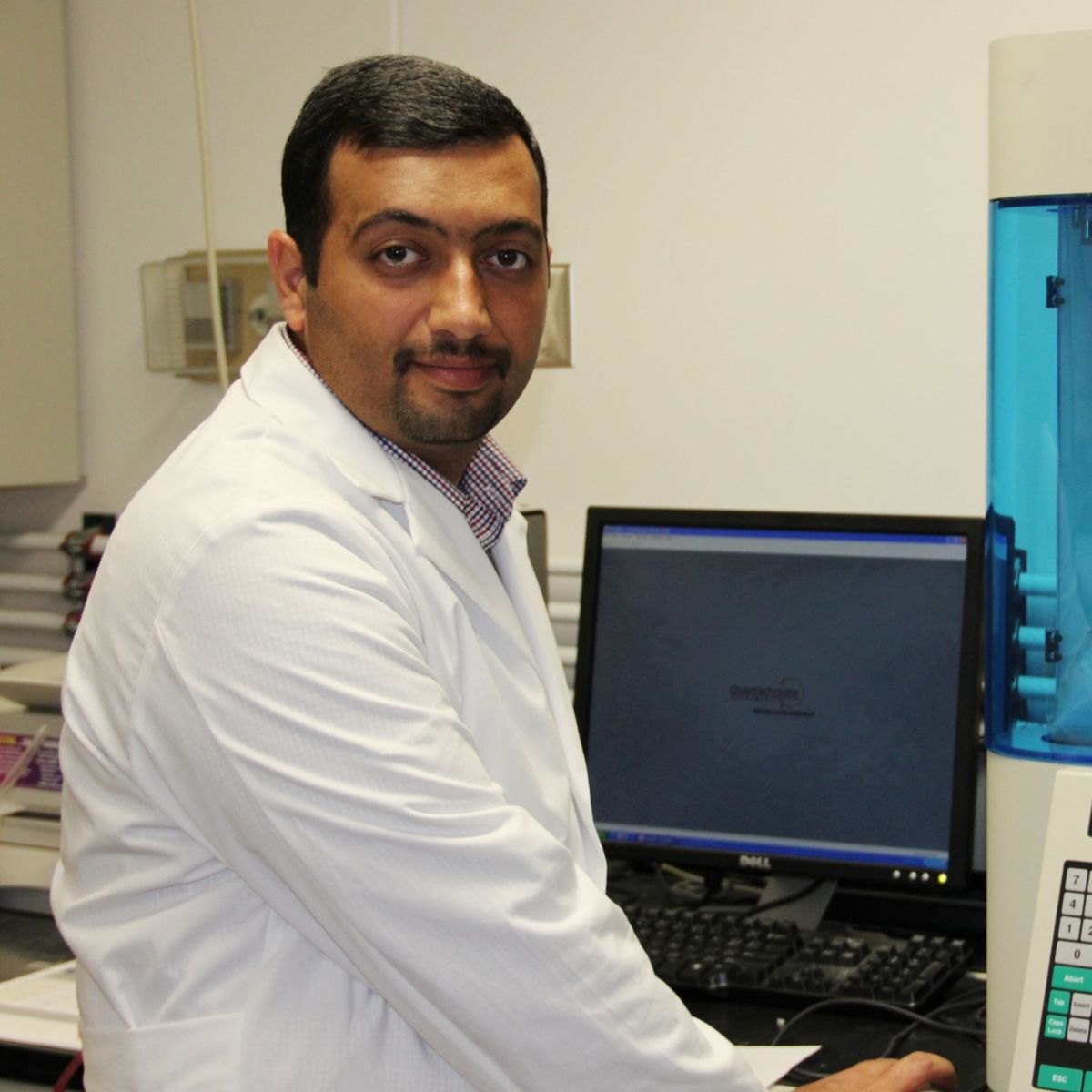 Hayder joined the Grassian Group in 2013. He worked as chemical engineer in The Iraqi Ministry of Science and Technology for 3 years after receiving his B.S. Then as a lecturer in the Alkut Technical Institute in Iraq after receiving his master degree. Hayder’s research focuses on studying the methane reaction on metal oxide surfaces. His project aims to provide essential information about the underlying surface chemistry of the chemical looping composition (CLC) process which is a promising alternative method for natural gas combustion. 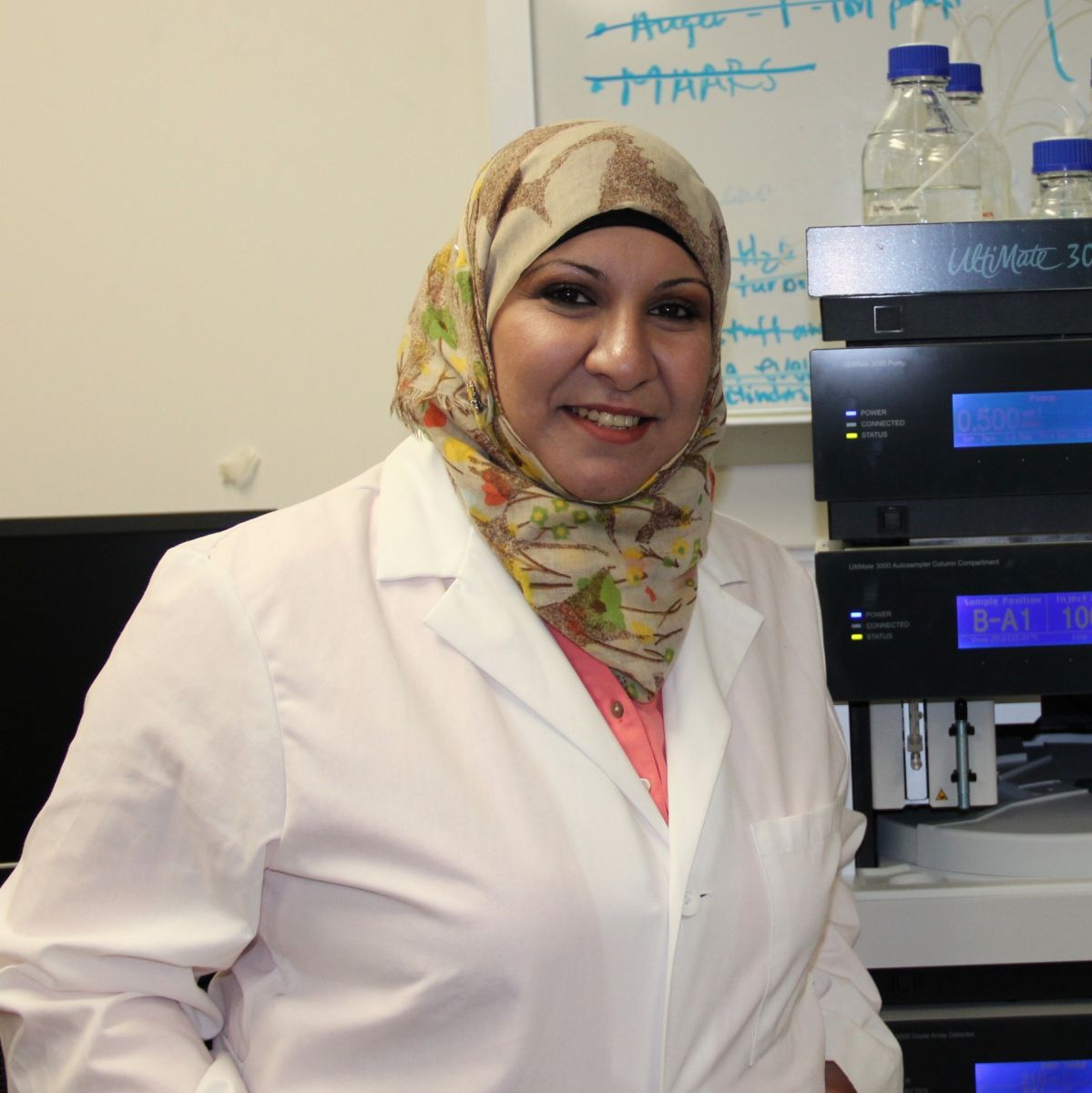 Alaa joined the Grassian Group in 2012. She worked as a lecturer in Alkut University in Iraq after receiving her master degree. Alaa’s research focuses on investigating the chemistry of nanomaterials in the aqueous environments using different analytical techniques such as dynamic light scattering, HPLC, ATR-FTIR spectroscopy with an the emphasis on the role of surface chemistry. Nanomaterials behave differently than larger particles. It is therefore necessary to develop specialized methods to testing and monitoring the environmental and health aspects of the nanomaterials. 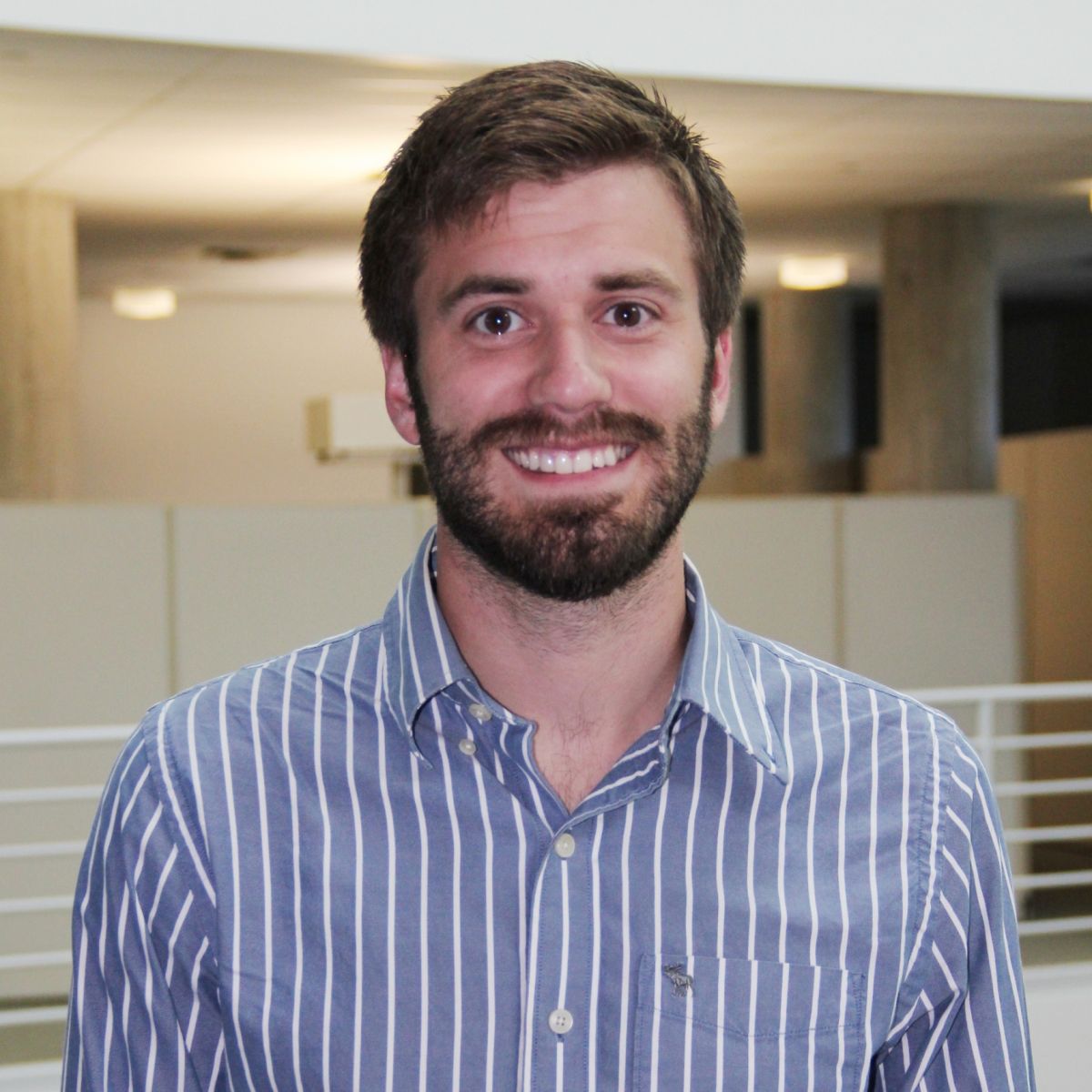 Jon graduated from Dordt College in Sioux Center, Iowa with a degree in Physics before attending North Carolina State University where he received an M.S. in Atmospheric Science in the spring of 2013. His masters thesis focused upon sea spray aerosols (SSA) and their role in the formation of low molecular weight carbonyl compounds over the remote marine regions. He joined the Grassian Research Group in the summer of 2013 and is currently researching the physical and chemical characteristics of aerosols in the marine boundary layer. 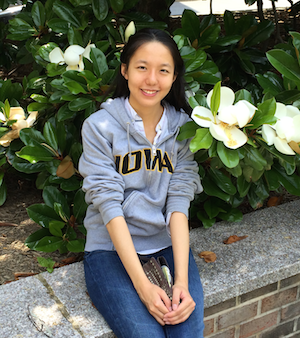 Zhenzhu Xu is originally from China and she joined the Grassian reserach group during the 2013-14 academic year. She is currently focused on understanding nanoparticle behavior in environmental and biological media. 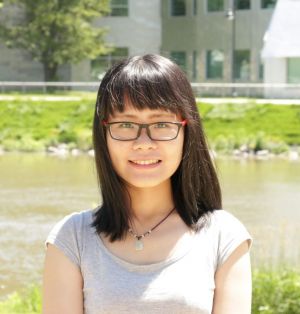 Yuan Fang is originally from China and she joined the Grassian research group during the 2013-14 academic year.  She is currently focused on studies related to the heterogeneous atmospheric chemistry of inorganic and organic acids with compents of mineral dust aerosol including oxide particles. She is interested in the role that adsorbed water plays in these surface reactions. 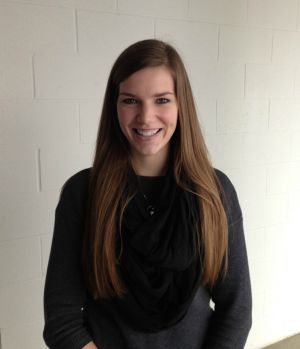 Ellen graduated in 2014 with a B.A. in Chemistry from Lawrence University in Appleton, WI. She joined the Grassian group in the Spring of 2015 working on cloud chemistry project looking at how mineral dust particles might react in clouds to better understand the atmosphere's chemistry. 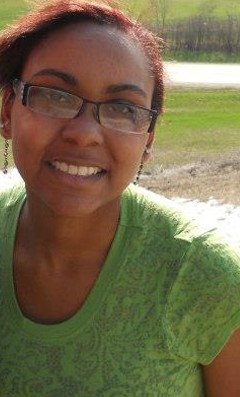 Brittany finished with B.S. in Chemical Engineering with a minor in Bioengineering from the University of Pittsburg in the Spring of 2014. She joined the Grassian group during the 2014-15 academic year. Her research is focused on nanotoxicity at the nano-bio interface studied by protein adsorption onto a nanomaterial surface using ATR-FTIR. Other applications of this research include using nanomaterials to disrupt biofilm development and eventually nanoparticle uptake in living systems in collaboration with the Fiegel laboratory at the Department of Chemical and Biochemical Engineering. 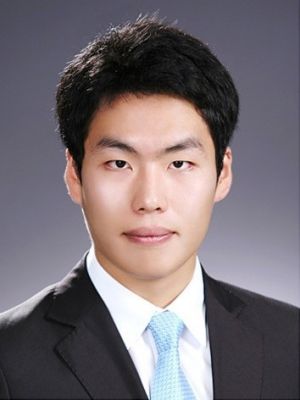 Deokhyeon is from South Korea and he joined the Grassian group during the 2014-15 academic year. He received his B.S. in Chemistry in 2011 from Hanyang University of Seoul, South Korea. In 2013, he finished his M.S. Physical Chemistry degree from the same university. Currently, he is involved in the study of brown carbon. 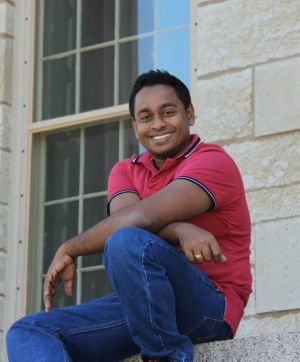 Sanjaya joined the Grassian group during the 2014-15 academic year. He received his B.S. in Chemistry in 2011 from the University of Kelaniya, Sri Lanka. His current research is focused on understanding the behavior of nanoparticles in the environment. 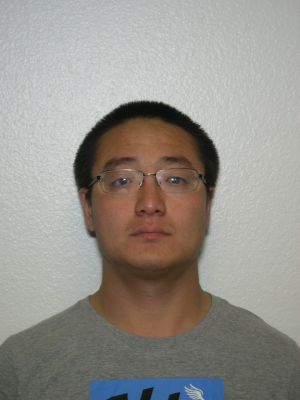 Harbin Wu is originally from China,  and joined the Grassian research group at UCSD in December 2015 after he finished his M.S in Physical chemistry in Arkansas, USA. He is now studying the interaction between nanoparticles and proteins. 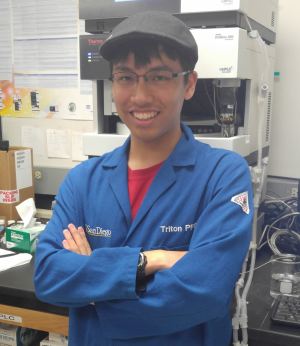 Quang T. Nguyen is a third-year undergraduate at UCSD, interested in working with analytical chemistry and instrumentation. He joined the Grassian Research Group in March 2016, and is interested in using analytical tools to isolate, identify, and quantify atmospheric aerosols and nanoparticles.

Dr. Haihan Chen, (2011-2013) Postdoctoral associate at the University of California-Irvine

Dr. Larissa Stebounova (2008-2011), Research Associate at the University of Iowa

Dr. Mauro Briceno (1995) visiting faculty from the University of the Andes